Finding strength and knowledge when a business is in trouble

Finding Strength and Knowledge When a Business Is in Trouble

Quarter 2, 2019 - By Kate Jacobson (Kitchener, Ontario) -In 2016, Jaclyn Carpenter found herself in a situation she never thought she’d be in.

Carpenter was the chief executive officer at Ideal Restoration and had been at the helm for a decade. A savvy businesswoman who learned the trade from her father, she was excited as she grew her business. But suddenly, the phone stopped ringing.

“There was no work coming in one month. Then, the next month, still no work,” she says. “I reached out to my clients, and they told me the truth: ‘You’re screwing up. We’ve given you a lot of opportunities to fix it, and you continue to do the same thing, so we’re done."

Carpenter says learning the hard truth — that her quality control had gotten away from her as she expanded — was difficult, but needed.

“Until you’re in the midst of your own mistake do you truly learn,” she says. “For me, the last 13 years has been a series of mistakes that have made me so much smarter.”

Carpenter and Kris Rzesnoski, vice president of business development at Encircle, opened up about their experiences with failure at their session “Restoration Rescue” at the 2019 International Restoration Convention + Industry Expo. Both say not enough people in the industry are open about failing businesses and hope their honesty might help others.

“Talking about the honest truth — the pains, the difficulties — that is important,” Carpenter says. “We decided to put on the presentation because there are not enough people being honest about these challenges.”

The Fear of the Unknown

It’s not uncommon for businesses to fail. In the United States, nearly 30% of new businesses shutter within the first two years of being open, according to the Small Business Association. As time goes on, that number increases.

There are plenty of reasons small businesses fail: lack of market, poor crews and tough competition, to name a few. But regardless of the cause, failure can be tough to swallow.

Rzesnoski bought into a restoration business in northern Alberta in 2012. Business was good, but Rzesnoski felt like he was swimming in a sea of uncertainties as a business owner. He had to learn how to deal with banks, how to work with customers, how to secure financing and more. While he leaned on trusted friends and advisers, the stress of entering a struggling a business was not something Rzesnoski expected would be hit with so many unpredictable factors.

“You can predict for some uncertainties and challenges, but you can’t prepare or anticipate all the hard lessons of the game.” he says.

The deeper he got into the industry as a business owner, the more he realized its pitfalls. Some years were good, while others forced him to look for smaller jobs he would’ve otherwise not considered. He saw unscrupulous companies doing shoddy work, grappled with firing employees or leveling with insurance adjusters on tough jobs.

“Running a business, you have to make hard decisions,” he says. “As a consultant who never had skin in the game or owned their business, you say a lot of things that you wouldn’t say if you had walked a mile in the shoes of a business owner. [Restoration business mentor] Ken Tucker told me, ‘Once you walk that mile, you won’t use words like never.’ I’ll never accept less money. I’ll never cut my bills. I’ll never beg for work. Just wait until you own a business and you can’t make payroll.”

During his time with the business, he had to deal with a partner passing away, a market that increased with competition, key career adjusters quitting their jobs and the challenge of running a business remotely. It wasn’t long before he realized that things were not going in the direction he wanted, and it was time to close that chapter.

Eventually, in 2017, he and his partners chose to shut down the business. He then focused his full efforts on developing products for Encircle and teaching contractors how those tools would help their businesses avoid some of the challenges he faced.

When both Carpenter and Rzesnoski reached their breaking points, they knew they had to reassess their situations. For Rzesnoski, that meant keeping a list of people he was willing to let go at any given point when money stopped coming in. He also turned to trusted mentors to get advice about what to do on years with major losses and learned how to cut emotions out of his decisions.

“Right now, I sit on the software side, and I still see customers who make these emotional decisions,” he says. “They think, ‘I am going to build a great big business,’ but they can put themselves out of business so quickly if they’re not looking at the larger picture. If you run out of money, you can ruin yourself. They get too aggressive too fast; they want to be a big company with the prestige of size, forgetting that this industry is full of peaks and valleys.”

Carpenter was all too familiar with this problem. The pace in which her business was growing outpaced her ability to maintain quality control. As her final product suffered, customers stopped calling, and the company bled money.

“I was in panic mode,” she says. “I had never been there before, but I just had to start firing people and cutting my losses.”

She turned off her emotional connection, she says, and focused on what was right for the business. She had to make a plan, communicate that to her employees and redirect the course. It was hard, she says, and the losses made her take jobs she might not otherwise have considered. But, more importantly, being in that place made Carpenter reconnect with her business in a way she hadn’t done in a long time.

“I got too far away from it,” she says. “I jumped out onto the field again. If you’re going to run this business, you need to know what’s happening out there. I retrained the project managers, and core field staff to deliver top quality work. We fixed the quality immediately and got it under control.”

Admitting Failure is Key to Success

Carpenter was able to turn her business around. She says in the year following her massive downsize, they’ve been able to start hiring again and have seen profit margins like they’ve never seen. A huge part of her success, Carpenter says, was acknowledging her failure. “There’s not a barrier of entry for the restoration business, because you don’t need much to start a company,” she says. “But for a company to grow and thrive, you’re going to be faced with periods of high and low volumes of work, some of which are very challenging to overcome. The industry has a lot of volatility, and that’s the challenge — getting past those points.” Rzesnoski had a similar sentiment. In all the years he’d been attending restoration conferences, he’d never heard someone publically admit their massive failures. When he started out, he knew it wasn’t going to be easy, but he had no idea it would be so hard either.

“Five to seven years in the business, I thought I knew the world about restoration,” he says. “When you walk into a conference, you never hear people say, ‘I lost $100,000 last year.’ They tell you about how many trucks they have, or how many people work for them or how much business they had last year. They never tell you their profit. If you lose sight of your bottom line, the rest of your business doesn’t matter.”

Both say swallowing their pride, redirecting the course and being honest with themselves (and their employees) was key. They recommend thinking about how to respond to things before the worst happens. Who on payroll would be the first to cut? Is quality control where it needs to be?

Rzesnoski also recommends anyone starting their own restoration company to be proactive in creating a solid business plan. “My advice to new companies, or anyone looking to overhaul their business, is focus on your strengths, adopt technologies that make your business better, hire to your weaknesses — not all owners are going to have the GM or president title — and make sure you build a culture of doing the right thing.”

Overall, both say the most important factor is sharing these tough experiences with others to further education about the industry.

“It’s about skinning your knees, figuring out what you’ve learned from that and adjusting your approach,” Carpenter says. “That’s the value of RIA: being able to have these contractors share intimate details about what went wrong and sharing the knowledge to help someone else out. We’re going to have to push ourselves to share our stories.”

Kate Jacobson is the associate editor of C&R magazine. Want to be included in an upcoming issue? Email her at kjacobson@restorationindustry.org.

By making it easy to collect, manage, and use field data, Encircle speeds up restoration jobs, gives visibility into a job's progress, and simplifies the creation and sharing of detailed reports. These reports meet and exceed the insurance industry's strict documentation requirements, improving customer satisfaction. Discover how Encircle makes managing claims easy at getencircle.com 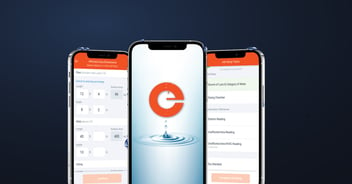 The only all-in-one field documentation solution